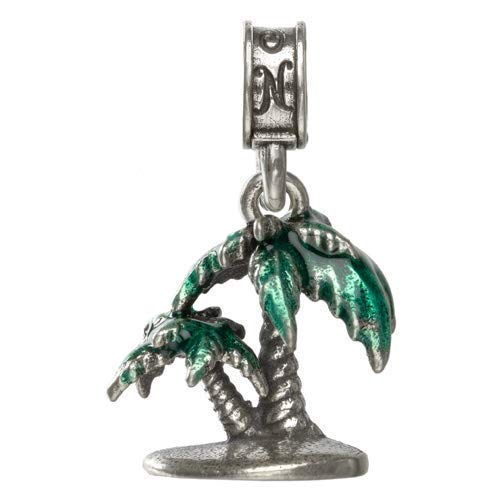 The name of the military station is on the bottom.
Sizing: Fits any standard 3 mm bracelet.
Material: 100% Genuine .925 Sterling Silver, hand cast, enameled and finished in the USA.
Gift packaging: Each charm comes on its own gift tag.
Service and Guarantee: NomadÃ©s provides all clients with superior quality products, better service, and great shopping experience. 90-day products exchange and money back guarantee!

NomadÃ©s is a proud American military spouse owned company. We create a unique collection of charms inspired by the life and times of women associated with the US military. Our charms are custom designed by our artists, hand poured in the USA and custom painted and finished by our own military spouses. Our designs range from charms that represent military locations, services and specialties to charms that represent special occasions and memories such as marriage, birth and retirement. Our charms are the perfect way for the wearer to share their personal story and celebrate those moments and memories for years to come. The passion of our company is seen in the craftsmanship and beauty of each piece.